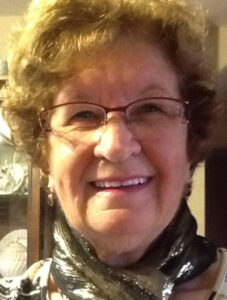 It is with great sadness that we announce the sudden passing of Judith Newman on May 22, 2021 in her 77th year.  Judith was predeceased by her parents Victor and Edna Newman and her loving friend Réal Dostie. She is survived by her sister Rosabelle French.  She was the much loved mother of Larry Poirier (Lucille), Tania Poirier (Ross) and Grammy to Alex, Julia, Phillipe, Emily, Kristen, Mitchell, Brianna and Domonique. Judith was born in St. John, NB and raised on Campobello Island, NB. Shortly after high school she moved to Nitro, Quebec learned to speak and write French and never missed a PTA meeting or the chance to accompany her children on a school field trip.  She was a member of the Valleyfield Curling Club for over 40 years. A fierce competitor on the ice she played in many local and provincial tournaments, including the Masters in 2011.  She was a member of the Valleyfield Golf Club for many years and enjoyed playing in tournaments and going on golf vacations with her friends. She worked many years as a cook at the Polyvalente Baie St Francois in Valleyfield where she enjoyed getting to know the students and staff there. Judith was a very talented cook and enjoyed sharing her delicious jams, pies, breads and meals with family and friends.  Despite not having electricity, she opened up her home during the ice storm of 1998 and made soups and stews on her wood fire stove and people lined up to have a warm meal. Highlights of Judith’s life were being with family during reunions on Campobello Island, NB, at her sisters in Maine or at her home in Nitro. Judith will be laid to rest with her parents next summer on Campobello Island, New Brunswick when it is safe for her family to gather. She is missed every day but has left behind wonderful memories and recipes for her family to enjoy and share.